Over the past few years, we in the United States have been horrified as ancient historical landmarks were defaced and destroyed by ISIL and the Taliban. We cried out in rage and horror to see these ancient monuments defiled and destroyed. How will we now visit these ancient places?

Does anyone else see the similarities to what is happening in the United States today? Our history is not as ancient, but it is our history. Some complain that they are destroying the remnants of slavery. How do we know those ancient monuments destroyed in the old world were monuments to slavery? Slavery was integral to the lives of many nations in ancient days. 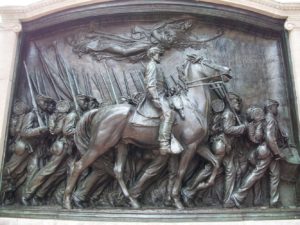 Will the haters destroy this monument to the Massachusetts 54th Brigade, made up of black soldiers in their frenzy?

The monuments in our country are monuments to our history, to people who gave their lives for what they believed. I believed our constitution gave us the right to believe, regardless of the popularity of the belief. Those beliefs are historical, no longer a part of current practice. How can they be offensive to those of us living today?

How far will this go? Will we demand that monuments to religion will be destroyed? If you honor Christ and the cross, will you quietly stand by as images of these are hacked to pieces and torn from their bases? Will you be so intimidated you will not complain? Whether you honor Christ, Buddha, or any other god of any other religion, will you stand by while others’ gods are defaced?

One final thought, the monuments and statues remind us of a past we do not want to replicate. Their very existence reminds us of a time we never want to live through. I suggest these monuments, though they may stand for a terrible time in our history, they also remind us not to repeat that time.

How can you stand by and watch the defamation of our history? It is time for this insanity to end. Find a way to make peace with our history and understand it is history, our history. Desecrating and destroying the monuments will not change the history.

Take a stand against the destruction. Write letters, call your federal and state leaders, demanding protection for all the monuments and statues reminding us of our history. Stand up for the right. Don’t let the world point at us, as they point at the destroyers of the monuments in the middle east, wondering how we could allow this to happen.

When I watch the world today, I am saddened by all the evil and wickedness pressed on us by the many facets of the media. Over the past couple decades, because of television and movies, things that were never accepted have become common.

Because of the example set by the media, unmarried couples live together, often without ever marrying. Many children are born to unmarried parents, who may or may not still be together when the children become adults. More families are identified as one parent families. Families have lost the support of community and children lose the surety of a mom and dad who love and care for each other and children, with both in the home. Too many are split between homes and parents.

Alcoholism has been a problem for every generation since nearly the beginning of time. However, as media suggests you can be young and sexy if you drink the right brand of alcohol, we have more who suffer from alcoholism. Families suffer, as money is spent on the addiction. Children face parents with diminished abilities to show their love and concern through the haze of alcohol.
Hatred, anger, and violence fill the airwaves, whether it be movies, shows, or games. Almost everyday people express their hatred rob and murder. People are murdered, others die in automobile accidents, and too many suffer from road rage and violence.

Now, women and girls are fearful to enter a public restroom, afraid that some pervert will claim to be a transgender and peep at or attack women in those restroom. Those of us who believe this to be wrong are shouted down by those who have bought in to the line that these people have rights greater than everyone else.
I do not suggest that any of us treat those who participate in any of these behaviors poorly. If I choose not to participate, I have no desire or right to force my views onto them. However, it is because the media has forced their ideas onto those who watch movies and television, that so many participate in behaviors that were not acceptable even twenty years ago.

I do suggest we vote with our feet and our television remotes. When we see the media promoting behaviors we consider to be evil or unacceptable, leave the movie or change the channel. Talk with your children about why you think the behaviors will make them unhappy. Turn off the games that focus on murder and violence. Maybe we need to turn off our televisions and be more aware of what is in the movies we go to.

I believe Eve would be sorrowful to learn of the hatred and violence facing the children of our world. I think she and Adam knew what our world would be like, and they sorrowed to know how bad it is. She would want us to do all we can to make better choices and help our children to have a better life.

My challenge is that we turn our backs on violence, hatred, and the ugliness of evil that is saturating the media. What will you do to tell the media you are tired of it? Please share with me. 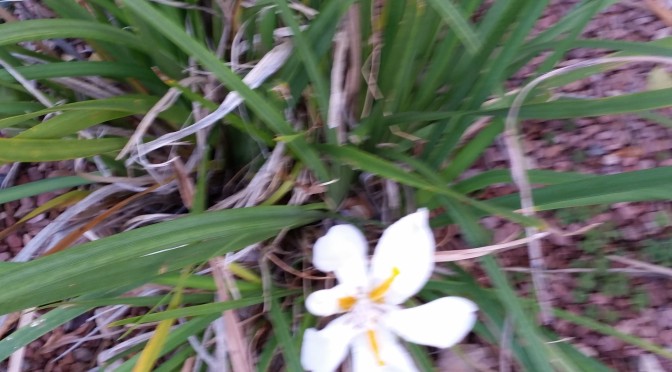