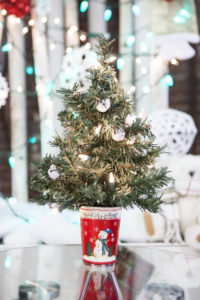 Merry Christmas to you!

This has been “one of those” Christmas seasons for us. My sweetheart came down with bronchitis, and has not been able to get rid of the cough or the randomly returning fever. Lots of things we would have liked to do but couldn’t.

It reminds me of the Christmas when I was 6. Not a good year for me. We lived in the basement of our house while my dad was building the upstairs, with mom’s help. We had a nice house down there and we spent many lovely Christmas’s together there before they finished the upstairs part.

I don’t remember if my brother was sick that year, I was much too sick to remember. I had the flu. I remember my two major gifts: my bicycle, full size of course—mom and dad could only afford one bicycle and it had to last, and a Bonnie Bride doll, dressed in a dress similar to the one I chose when the day came for me to marry.

I don’t remember getting up to look at the presents Santa brought. I do remember being so sick I’d get up to sit on my bicycle for a few minutes, play with my doll, then crawl back into bed for an hour or so. I repeated this throughout the day, too sick to take the bicycle outside to try to ride it.

I still have the bicycle, it’s in my garage. I plan to get it cleaned up and new tires and inner tubes and ride it in the spring.

I hope your Christmas is happier than that one was for me. Memorable as it was, I wouldn’t want to be sick for Christmas again.

My first book, Eve, First Matriarch, will be available in January through Amazon. If you’d like a free advanced copy, I’ll be happy to share. I only ask that you write an honest review in exchange. What do you write in a good review?

Check out this for suggestions on how to write a review.

There are two ways to receive your free copy:

Please include the email address of your kindle reader device.

I look forward to receiving your request. 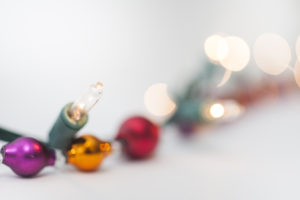 War continues to scourge the earth. The Royal Army and the Royal Navy (Great Britain) have had only one year without some kind of conflict since the reign of Queen Victoria. We, who abhor war and killing, are disheartened by this. Additionally, we see increased numbers of murders in our cities and states. When will it end? Will it ever end?

If you read popular fiction, the end will arrive in some sort of apocalypse, followed by a dissolution of civilization. If you read the Bible, it will end with the return of the King of King and Lord of Lords, even Jesus Christ. He will bring a peace beyond all understanding, and a certain a cessation of war, murder, hate, and anger. If you read neither, what do you expect?

As we observe the hatred and fear caused by the recent elections in the United States, added to the fears and frustrations caused by  stories of atrocities caused by refugees from Syria, a subterranean shudder fills our hearts and rattles the soles of our feet like a San Francisco earthquake. Social media quivers with fear mongering. Like a virus, the plague of fear spreads across the land.

Natural gas is odorless, colorless, and highly flammable. It can fill a room or a building without anyone knowing—until there is some kind of spark. Then, the resultant flames burn hot, wild, and long. The effects of hatred and fear spreading among us will be like natural gas, exploding out of control.

There is a constant plague: man’s inhumanity to man—and women, as Mark Twain so eloquently described in Huckleberry Finn. There must be a way to turn off the gas, blanket the fire, minimize the fear, and reduce the hatred.

In this season of remembering the birth of Christ, the God of this earth, who promised us Peace, the challenge is to air out the fear and spread kindness. It is easy to focus on spending money on children, loved ones, and friends. That is nice, but there is more you can do.

My challenge to you is to give of yourself in a way you don’t usually. Give things that cost no money, and spread peace. Choose one or more of these things to do as your gift to humanity this month.

I’m certain there are things I forgot. Add to my list.

What did you choose? What did you add? I look forward to hearing what you are doing! Leave a comment!