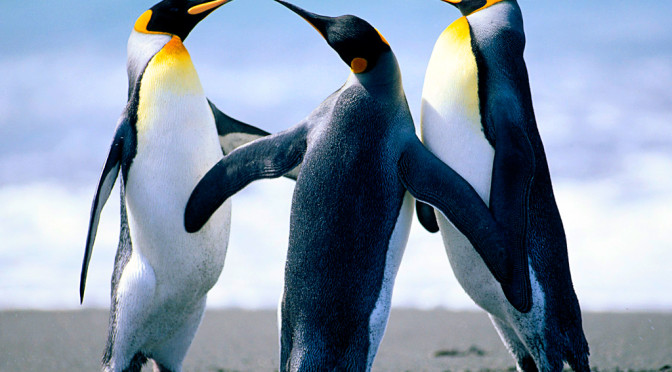 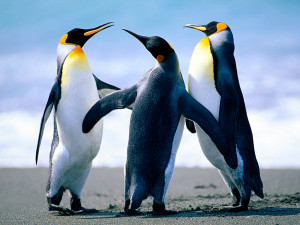 In the beginning, men and women were given the greatest, and the most dangerous, gift. With this gift, we were given the opportunity to make choices in our lives, and the accountability to take responsibility for those choices, for good or evil. Each time we make a choice, we choose to follow forces of good or the forces of evil, and accept the resulting actions.

Along with Adam and Eve, each of us were given these gifts. No one else tells us what to do, no one else is responsible for our actions. The agency of choice also gives us the responsibility for those actions, good or bad.

Most of us make mostly good choices. The consequences of those choices make our lives better. We choose to study in school, choose an occupation we love, and conduct our lives in an honorable manner. Not everything we do is perfect, we make bad choices, and sometimes things happen that are not so great. Sometimes bad things happen to us because others have made bad choices.

A father and child were killed on the highway in Utah this week, not because of poor driving on the father’s part and probably not because of poor driving on the part of another. A doghouse fell off the back of a truck, causing cars to stop on the freeway. The father and daughter stopped, the driver behind him did not. It was not their fault. They had done nothing wrong. They suffered the consequences of another’s actions.

That is a severe example of having to suffer the consequences of another’s behavior, but it happens everywhere. A dad becomes involved in trying to earn enough money to give his family more than he had, a mom works to help give her children a better life, a child wants to be first in line. None of these are particularly bad, but each action can cause pain and suffering in another’s life.

The world seeks to influence us, tries to entice us watch something inappropriate, buy something that causes us pain or sorrow, or hurts our loved ones. Things like pornography, cheating on others, or just waiting to pay a bill. Or, you could choose to share a smile with someone who is sad, give a dollar to a homeless person on the street, play with your child instead of play on your phone. Big or little, our choices will have consequences.

Eve made a choice to eat the fruit she was commanded not to eat. If she had not eaten the fruit, we would not exist. A great prophet tells us:

The richness of our life is a direct result of Eve eating that fruit. We have a variety of good and bad things in our life, because of her actions. Men through time have slandered her when, in reality, we should give her honor.

In our lives, regardless of what others say, what pressure is brought to bear on us, how enticing something may be, use your agency wisely.

2Shares
Last week my mom, who is 83, called to see if I wanted 3 buckets of peaches, or did I want to go to her house to help her can. As I live in an apartment with a bigger kitchen, and I helped her finish 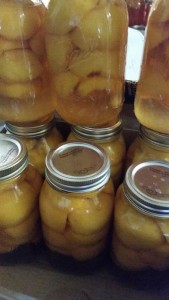 canning over 125 quarts of peaches, 14 pints of applesauce and 8 pints of peach jam, all in less than 24 hours. Then we drove the two hours home.

I have helped my mom can fruits and vegetables since I was little. We stand side by side, peeling, cutting, cooking, and stuffing vegetables or fruit into pint or quart jars, and almost all the food has come from their garden. Mom and dad are in their 80s and still grow a big garden to can and share with their kids and grandkids. Each year they say they don’t plan to grow as much next year, but they always do.

Throughout history men and women have grown gardens and worked to preserve the food for the the seasons when things don’t grow. I am certain Eve began her life on earth picking food to preserve for those cold or dry seasons when food isn’t growing. Much of her life during the growing season was spent much like it is for my mom, picking and preserving food for her family to enjoy during the year.

A big difference for Eve was her methods of preservation. During those first years, all she had was woven baskets and gourds. No glass jars, no pressure cooker, no water bath. How could she preserve enough food for her family?

She learned to dry the foods she needed in the sun. She would need to protect the food from insects and animals. I’m sure she learned to use smoke to help dry things and keep the flies away. It still had to be a challenge for her until her children grew old enough to help.

Sometimes I think life is difficult, and it is. When I remember the difficulties our ancestors had, just to survive, I am grateful for all they did, especially Eve.

Even authors of fiction find a need to research for their work. As I have been writing for nearly two years, I have found many things I don’t know. I thought it would be easy to write about ancient times, imagining what life may have been like in those earliest years of our planet. So little is written about those days, most of it must be imagined, or so I thought.
Then I began to write and found I needed help. I had no idea how they used fire, or made unleavened bread, or tanned hides, or other things. I went to the web, searching. I found the answers to these and other questions. It’s wonderful to have the Internet to do research.
Did you ever have to use the card catalog or the magazine indexes? I did. Research only happened in libraries, with books and magazines. Never as easily as now, with computers and the Internet.
I found some amazing things, and some even went into my book.
Fire was used for heat and cooking, as you would expect. It hardened wooden tools and kept wild animals away. They say early people used fire to drive animals in the hunt, drive bees from the hive, and grasshoppers into cooking pits. Fires were used to clear away growth to find bulbs for food and brush to ease travel, and promote seed growth. Heat from the fire straightened or bent weapons as well as breaking stones for weapons.
What do you use fire for? Is there something you want to know more about? Leave me a message. I’ll share. 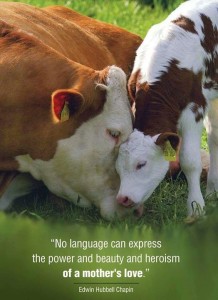