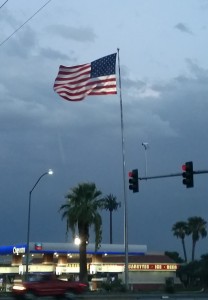 I was chatting with a good friend today. She asked me what I thought happened to the spirit of a child after a miscarriage. She has had a few, as have I. We shared our thoughts and then she said something I think is profound. “Why don’t any religions have a rite for families who lost a child to miscarriage? If they did, there would be less abortions.”

Though I understand my religion’s reasoning for not having a rite for the loss of a miscarriage, I see her point. Thousand of children are murdered every day in the name of “women’s choice,” because a child is inconvenient, or uncomfortable, or will make the woman ‘fat’, or any of the multitude of excuses for using murder as birth control. If the early loss of a child was mourned by religions, perhaps there would be less abortions.

Eve was fortunate. In her time, women and men were still perfect, with little cellular degradation. I doubt she suffered, as my friend and I have, from miscarriages. Yet, as I have stated many times, I believe she and Adam were given to know what would happen in our time.

They must have been excited to see the many technical advances of our day. Imagine their delight in seeing our advances in transportation and communication. For instance, the ability we have to travel around the world in a day, and receive messages from the other side of the world immediately. News, and other presentations are instantaneously available.

Knowing that, imagine her deep sorrow to learn that women would willingly allow their children to be murdered, under the guise of “women’s choice” and “my body, my choice.” I can see her weeping for many days over this knowledge. How could women so easily destroy that great gift she gave up so much for to have?

Additionally, I believe she wept when women began to struggle to bear children. It was given to women to bring life to the earth. Those of us who cannot have children, or who struggle to become and stay pregnant, feel Eve’s anguish.

Child bearing and raising children has been the domain of women. Still, men feel our pain and their own when expected children are lost. My husband grieved with me, for me and for himself, over our lost little ones. Other men ache for lost children.

I was blessed to finally deliver five healthy children. Not all couples are so blessed. We, who have lost children to miscarriage, and those for whom conception is impossible, grieve over lost children who could be ours, through adoption. We perceive abortion as selfish withholding of beautiful, healthy children from those who want children, but cannot bear them on their own.
What do you think? Should churches provide rites for miscarried children? Have you experienced the pain of miscarriage or inability to conceive? How have you managed? I look forward to your comments. 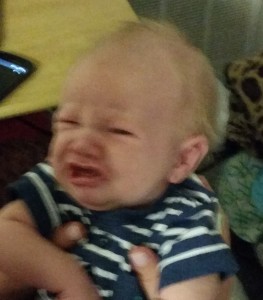 When I opened my writing program, Scrivener, today, it opened to a scene in my first book, Eve, First Matriarch. Their first two children, a son and daughter, determined to follow the Destroyer, and leave their parents to live elsewhere. Their decision caused Eve great pain and sorrow, yet she could not force them to stay. That would mean she would follow the Destroyer—to force beloved children to do something.

“They stood before us, prepared to leave and make a life of their own, all while Absalom raged at Adam and me because we ‘forced them to leave’ because we were unable to ‘understand and accept’ their position. I suppose we did, for we expected obedience to Jehovah’s commandments. Neither Adam nor I returned their insults.”

I suppose most parents with adult children will find themselves in this position at some time, their adult children choosing a path we would not have them choose. The greatest difficulty rises in deciding how to act as the parent. Do you hate and ignore them for choosing something so vastly different from your choices? Do you follow them in their alternate choices? Do you try to force them to continue in the path you would choose for them? Do you love them, regardless of their choices?

Hate and force are tools of the Destroyer. He wants all of us to be like him, hateful, angry, depressed, and resentful. He tried to force our actions from the beginning, believing it to be easier to force us to choose a path than allow us to choose our own. If we force others, even to do something we believe to be right, we are choosing to follow the Destroyer, rather than a God of Goodness.

Following a child into other paths may be a correct decision. They may have found a path that leads to happiness far beyond the path you have chosen. Or, it may be totally wrong. If you choose to follow your children, spend a lot of time thinking about the choice and be absolutely certain you are not giving up something better to be with them.

In any case, I believe it is important to continue loving your children, regardless of the path they choose, even if it is totally opposite to your choices. Love them unconditionally. Let them know you love them and will always love them. Love binds families together, draws them close, allows them to see past the differences and accept each member as someone important and necessary.

Eve loved these children, and others who left the protection of their closeness with God. When a child returned to visit, they were welcomed with open arms and great love.

Do you have a need to open you heart and offer love to a member of your family who has offended you, or followed a different path in life? How can you work to resolve the differences and draw them and yourself back into the family circle of love?

I look forward to your thoughts.

Over the past years, we have seen things become acceptable after losing favor in the intervening years. I wore saddle shoes as a kid to help my feet stay straight. Fifteen years later, the black and white (or brown and white) oxford became the shoe to wear, though it no longer had the strength to hold an ankle straight. They come into favor every few years.

Skirt lengths have gone up and down the leg over the last hundred years, sometimes raising as high as it modesty (or not modestly) allows it to crawl.Others years, skirts fall to the floor—and all the intervening lengths between.

Hats, too, come and go. There was a time no one went out without a hat, and no man would enter a house, let alone sit at a table, without removing it. The hat has blown away, though men routinely enter homes and sit at restaurant tables with their ball cap firmly stuck to their head.

There is a meme going around my face book feed.

It says a lot about our society, when a public longing for loyalty and morals makes the rounds of social media—a lot that is not good.

In my lifetime, I have seen a decline in both loyalty and morals. Time was when presidents and government were held to a higher standard of honor and loyalty—to the country and their spouses. NOT any more. Now, people hardly raise an eyebrow in the event the press comment on some government official’s lack of loyalty to a spouse. Lack of loyalty to the country causes a few groans, but little more.

There was a time when a couple cared about the one they married, children came into their lives nine months or more later. Anything earlier was a cause for deep embarrassment, for themselves and their families. This changed with the “Peace and Love” generation, who lived together and had children. But, these were the minority. Slowly, living together, one night stands, and single parenthood became normal.

Not so long ago, those who leaned toward anything but hetero-sex stayed in the closet, rather than admit to perverted sexual behavior. It was safer that way, for the penalty was death. Not so now. If I don’t condone their actions, I am “biased,” “narrow minded,” or “intolerant.” Young men claim to be girls so they can win in a girl’s race. The national argument over bathrooms continues, supported by people who should want to protect their daughters.

Imagine what Eve would think about our world today. For me, it would not take much imagination. I believe Adam saw the events of this earth past our time in it. I think Eve joined him in sorrowing for our behaviors. Some think other times were worse than ours, pointing to the days of Noah, when God saw fit to baptize the earth and wash it of the wicked, adulterous, and disloyal. The cities of Sodom and Gomorrah burned, destroying the sodomites. I have read prophets say our time is worse than either of these. Surely, Eve cried when she saw what would happen to her daughters and sons.

When I saw the meme, my first thought was, “No kidding. A change is needed.” Then I thought about it again.

Loyalty and Morals, and a number of other good qualities, will only return to this country, and this world, when we, of loyalty and morality, determine to be examples of those qualities and live them.

What do you think about our loss of loyalty and morals? How can we turn it around? Is there another way? I don’t believe new laws will help, it must come from we, the people.