Abandoned Hope is published and available for your reading pleasure. It is available on Amazon here. 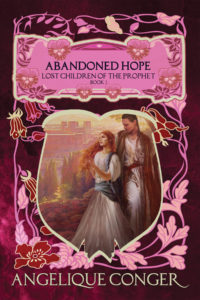 Easy, peasy, as we said when we taught Kindergarten. Where do you send the screenshots?

I look forward to your entries!

As an author, most of my day is spent in writing. Imagine that! Anyway, last week, amid the other things I do for my family and friends, I managed to do two things worth crowing about.

First, my latest book, Abandoned Hope, is available for pre-sale on Amazon. You can order it now, or you can wait until Saturday, September 1st and download it and start reading! I’m excited to share this book with you!

I don’t usually even read a romance book. But, my husband loves chick flicks, and turns them on regularly. Some days we spend the evening with romance movies. What can I say? I have a romantic husband.

Abandoned Hope is a romance, telling the story of a visitor to Nod, Daphne, and Ziva’s son, David. I never expected it to be a romance. Half way through, I announced to my husband that I had written a romance. He read it, and liked it.

Hope to see some of you have chosen to download Abandoned Hope this weekend. You may even find it on sale. The regular price for the eBook is $4.99. Saturday and Sunday, it may be less. *shrug* Check it out.

The next thing I did that I’m happy about is that I finished the first draft on the next book in the series, Brotherly Havoc. It is a totally different story. With a name like Brotherly Havoc, what do you think will be the focus of it? 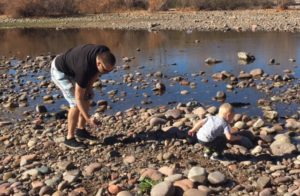 I have spent the last year and a half writing, my husband would say I’m addicted to writing, for when I sit down, my computer is in my lap and I am adding words to, or editing one of my novels.

Yes. I am writing novels. The first in my series of Ancient Matriarchs is Eve, First Matriarch. As the title suggests, I am writing about our first mother, Eve. I have had many questions over the years, especially since I first became a mother about 40 years ago, wondering how she managed those first births. Have you?

Other books in the Ancient Matriarch series are planned, two are in rough draft stage, and are finding form. As I wrote about Eve, I discovered a mystery that could only be answered by writing another series, Lost Children of the Prophets. The first book in this series has a beginning.

Of course, it is all fiction! How else could I tell a story about women whose names are not even recorded, let alone any information about their lives?

Would you like to follow the questions I have, find some of the answers, and learn what may be coming in the lives of the Ancient Matriarchs? Do you want to be first to know when the books are available for you to read?

Join me in my quest in my Weekly Musings. I write something new each week about what is going on in my writing, and I will share some of the insights I have gained.

Check out www.AngeliqueCongerAuthor.com for more information about my books, and the form to add your name to get all this, and more!